It’s About Time: What Role does Technology play in shaping a Greener Tomorrow?

Did you know that fourteen out of the 20 most polluted cities on a 2018 World Health Organization (WHO) list were in India? If this statistic wasn’t alarming enough, the WHO also reported that  9 in 10 people on Earth breathe highly polluted air, and more than 80 percent of urbanites endure outdoor pollution that exceeds health standards.

There has been plenty of buzz around our environment’s dire state in news and social media. Journalists, politicians and ecologists have debated for hours on end, about who’s to blame and what action needs to be taken. Does the answer lie in better governance, building awareness, or sustainable living? How can the balance between modernization and eco-conscious thought be drawn?

In the first of this three- part blog series, we will look into India’s current environmental crisis, causes of pollution & major pollutants, and the importance of real-time pollution monitoring. In the blogs to follow, we will discuss the role that technology plays in improving our current situation, best practises and what we at Knowledge Lens, have accomplished, in our steps to actualizing a greener future.

Nitrogen oxide, carbon monoxide, and ozone are the three main pollutants that impact health. Air pollution by these pollutants can be classified in two ways:

2. PM10 particles, which are 10 microns in diameter, and smaller.

The PM2.5 particles arise from sources like open flames and diesel exhaust; as they linger in the air longer and penetrate deep into lungs, they are the cause for most concern.

According to a research study conducted by Columbia University, the cement industry is solely responsible for 5% of global carbon dioxide emission. Cement manufacturing is highly energy-intensive; producing a ton of cement requires 400 pounds of coal, generating nearly a ton of CO2. This disproportionately large amount of CO2  produced, is further adding to the global warming crisis. Greenhouse gas emissions caused by the cement industry alone, is a cause for serious concern.

Similarly, the amount of hazardous substances being released into the environment during the manufacturing of chemical products by industry giants, has become a major challenge to air and water preservation targets, globally.

India being a developing country with high population rates, is at a heightened rate of health (and mortality) risk; the lack of proper legislation has only added to the challenge. In 2017, Delhi reeled under the adverse effects of air pollution; all commercial activities came to a standstill, as the state government declared a public health emergency.

And this isn’t the only major environmental threat India is facing. Owing to rapid urbanization, our rivers are choked and polluted. The main drivers of water pollution in India include inadequate infrastructure for collection and treatment of sewage and industrial wastewater, and improper practices in the agricultural sector.

With the rapidly increasing population, and more people flocking to overcrowded cities, the large amount of waste water that is generated from domestic and industrial use isn’t treated properly before release back into the water bodies. This has led to further pollution of surface-level water in urban areas located near rivers. This polluted water then makes its way downwards, poisoning groundwater. For example, cities and towns located on the banks of Ganga generate around 33% of wastewater generated in the country.

In a diverse country like India, where state borders bring differences in language and legislation, how do we go about solving our environmental crisis?

What Role does Technology Play here?

There are many technologies including infrastructure for data collection, high end waste treatment methods, and real-time monitoring and reporting. Let us look at a few of these technological advancements in further detail-

Vital information of pollution levels and regulatory violations can be drawn on a national level. These processes can be automated to serve us better; they’ll only get smarter with time!

Knowledge Lens’ GLens solution is a real-time environmental data acquisition tool used for monitoring and regulating industrial processes, to ensure that environmental regulations are being followed.

Citizens can play an active role in calling out regulation violators. With apps like Sameer, you can stay informed about city-wise pollution levels in India, and even register complaints with regard to air pollution.

Through satellite imaging, it is now possible to identify problems, and their magnitude, and therefore take suitable and effective corrective measures.

This is just one of the real-life applications of advanced imaging technologies. Analytical tools powered by Machine Learning technologies can also be taught to predict location-specific air pollution severity days in advance, by feeding them with existing data on the subject.

Now more than ever, technologies are making it easier to monitor the environment. We have the capabilites to pinpoint sources of pollution, major pollutants and industry regulation violations, in real-time. These technologies will grow smarter in time, and are built to scale quickly, giving us accurate information right when we need it. These technological advancements, in combination with efficient governance is the way forward for a greener tomorrow. 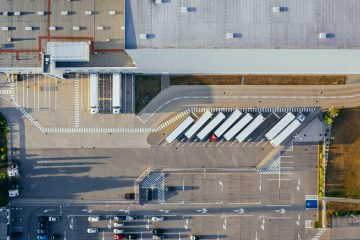 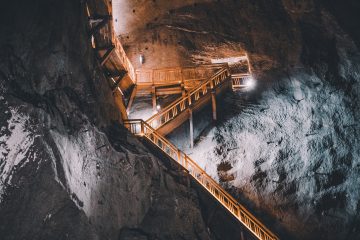 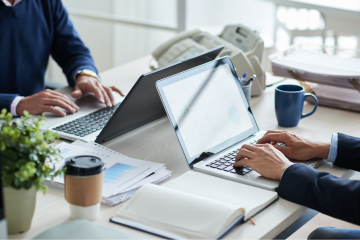 Maximize the Potential of your Business Data with Intelligent Analytics Solutions for Supply Chain, Sales & Marketing

We are glad to share with you that Knowledge Lens has partnered with Microsoft to provide Indian SMBs with intelligent Analytics Solutions for Supply Chain, Sales & Marketing verticals  at a nominal pay-as-you-go fee.  This Read more…